Posted at 00:34h in Artist Profiles by GVG
2 Likes
Share

In the rural reaches of Nacogdoches, Texas, Jeffie Brewer cuts large sheets of steel that he then grinds, welds, and paints with bright enamel to create fantastical creatures, robots, monsters, cacti, and abstract forms that abound in private residences, public parks, and museum collections across the country. Brewer’s strutted metal studio houses a crane and is located next to the house he shares with his wife, Angie Connor Brewer, who owns a graphic design business. When he’s not putting in long weeks of heavy labor, he can be found sitting (or “setting,” as the born-and-raised Texan would say) on his front porch, looking out over a one-acre pond surrounded by wildflowers.

In a way, Brewer was delivered into his destiny as a man of steel. “I think this started for me as escapism, being an only child,” he says. He grew up in Palestine of eastern Texas, where his father, an eccentric local character, ran a junkyard on the side of a dusty, two-lane highway. “I was never afraid to jump on a piece of machinery or use a tool,” he says. “And I was always dumb enough to do it.” A kid in cutoff shorts and worn-out Vans, he grew up climbing on piles of steel, cutting and torching it to smaller pieces to be sold off as scrap. “Working with metal is kind of ingrained in my blood,” he says.

Yet Brewer’s has been a complicated journey in an industry that is quick to distinguish between “high” and “low” art. A Texan through and through, he’s as comfortable cracking a beer with so-called rednecks as he was teaching art history, sculpture, and graphic design for over 20 years at Stephen F. Austin State University. Though he still keeps in touch with former students—and provides the sought-after critiques that defined his teaching style—he was glad to leave the gig behind last year to focus on the art full-time.

Perhaps what makes Brewer popular with his students and collectors alike is his no-nonsense attitude toward what makes for good art—and his tendency to rebel. After high school, he spent a few months in Los Angeles, but shuffled back to Texas when he ran out of money. He was faced with a choice: either take a scholarship to play tennis or one to study art at Sam Houston States University in Huntsville, Texas. He chose the latter, but waffled between print making, jewelry design, and painting, never quite finding a niche. After his undergraduate degree, he got married, bought a house, and found himself broke again. He started a sign business, which drove him to a “quarter-life crisis.” Up on a ladder installing a billboard one day, he thought to himself: “this is the dumbest way to survive.” 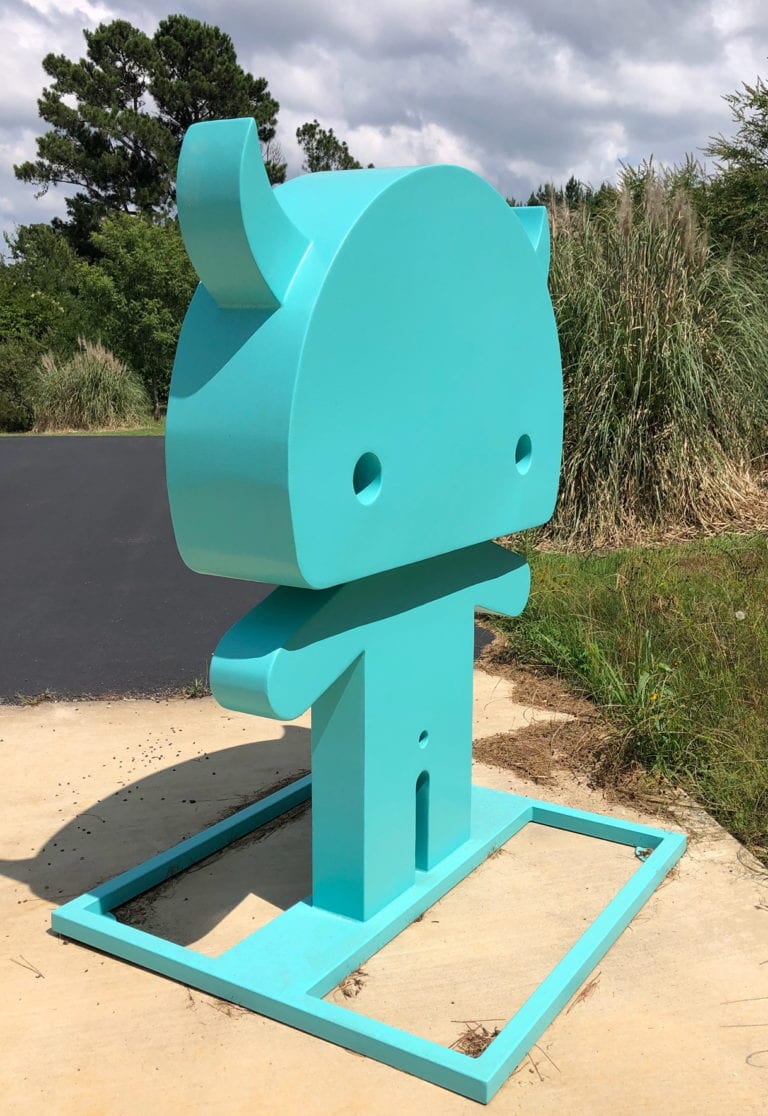 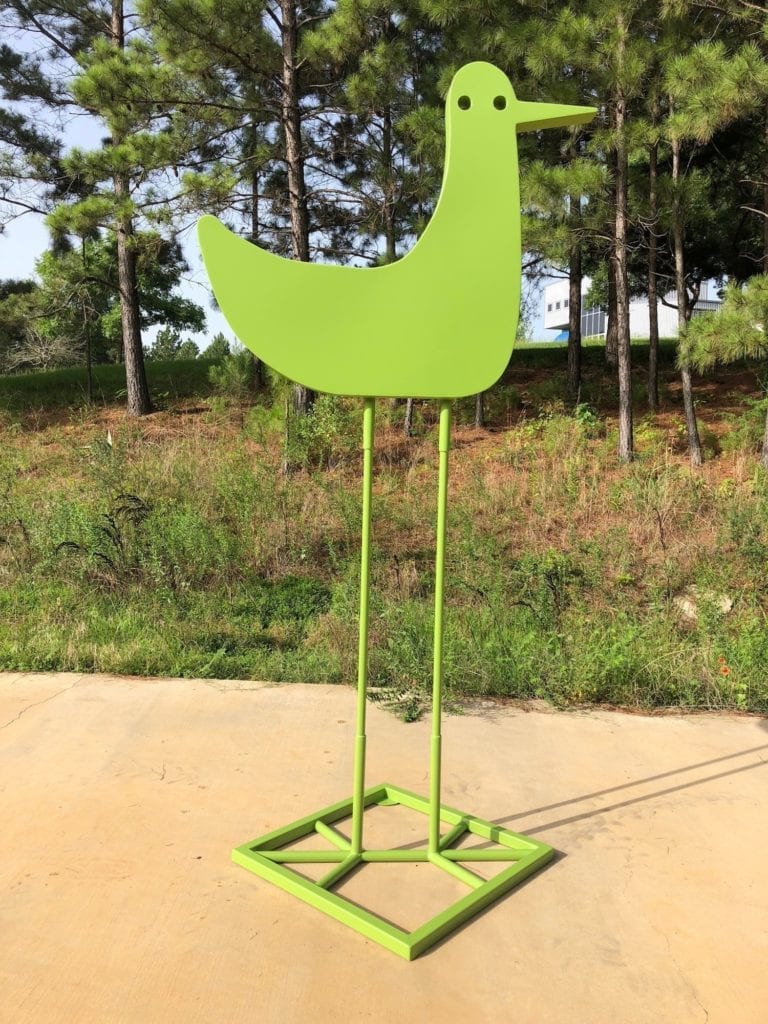 He climbed down the ladder, got in his truck, and drove 80 miles to the university for further education. Two master’s degrees later in sculpture, metal, and painting, he started teaching, and when that didn’t pull in enough, he spent about five years working alongside his wife in graphic design. During this time he had a few gallery shows, but he says now that the work—minimal, Donald Judd–esque sculptures—was “dumb intellectual.” He realized he was making art for a small group of intelligentsia and art historians, and it remained unseen by the general public.

Then life threw a curve ball when his 4-year-old nephew came to live with the Brewers for a year. “Having a child interjected into life made me see the world differently. I started doing silly drawings of birds and creatures with him and began to appreciate a completely different aesthetic.”

On a whim, Brewer made a sculpture of a bird for a friend who ran a local arboretum. It wasn’t long before someone stole it. “So I decided to make something big,” he says, “something no one could steal.” The result was a steel bunny, and Brewer recalls the day he installed it as pivotal. “There was a busload of children and families and they started playing with it. I was like holy s—t, I’ve wasted so much time. This is what art is about. Making things accessible to the masses.”

Interestingly, it took the presence of a child to remind that junkyard kid what he always knew how to do. Now, Brewer’s sketchbook is riddled with animals, creatures, and abstract shapes that become small to monolithic steel sculptures.

Brewer perfects sketches in Adobe Illustrator and then uses a plasma cutter to cut the steel himself or sends designs to a local company for laser cutting. His years in graphic design still hold firm in his aesthetic: typically his work exists on a 2D plane, just thicker. Lately, though, he’s been adding 3D elements, as with a recent rhinoceros.

Brewer’s work vacillates between smooth enamel finishes and those that get a “junkyard finish,” which he achieves by intentionally rusting and beating up the sculptures. This may involve kicking a piece across concrete or throwing a piece in the back of his pick-up truck and taking it on a joyride for a few days. “It’s fun to take a beautiful, smooth surface, and scratch it up,” Brewer says. “There’s an element of mark making in this that I enjoy.”

From monsters to bunnies to robots, this artist doesn’t hold favorites. “I kind of have a love affair with whatever I’m working on at the time. I’m giddy about it, and then when it’s done, we kind of break up and I move on.” What’s consistent throughout his oeuvre is his rare sense of humor. “I think it’s the dumbness of the big eyes they all have,” he says, “It’s enough to make it funny.”

Yet despite Brewer’s gregarious nature and ready grin, he also has an introvert’s tendency to observe everything from people and pop culture. He’s still that junkyard kid who early on showed a knack for drawing and rendering, and now he translates his observations into a tongue-in-cheek repertoire of his own. “I guess art saved me from having to be normal,” he laughs. “I guess I was always going to be a creative person. I can’t not make a thing.” 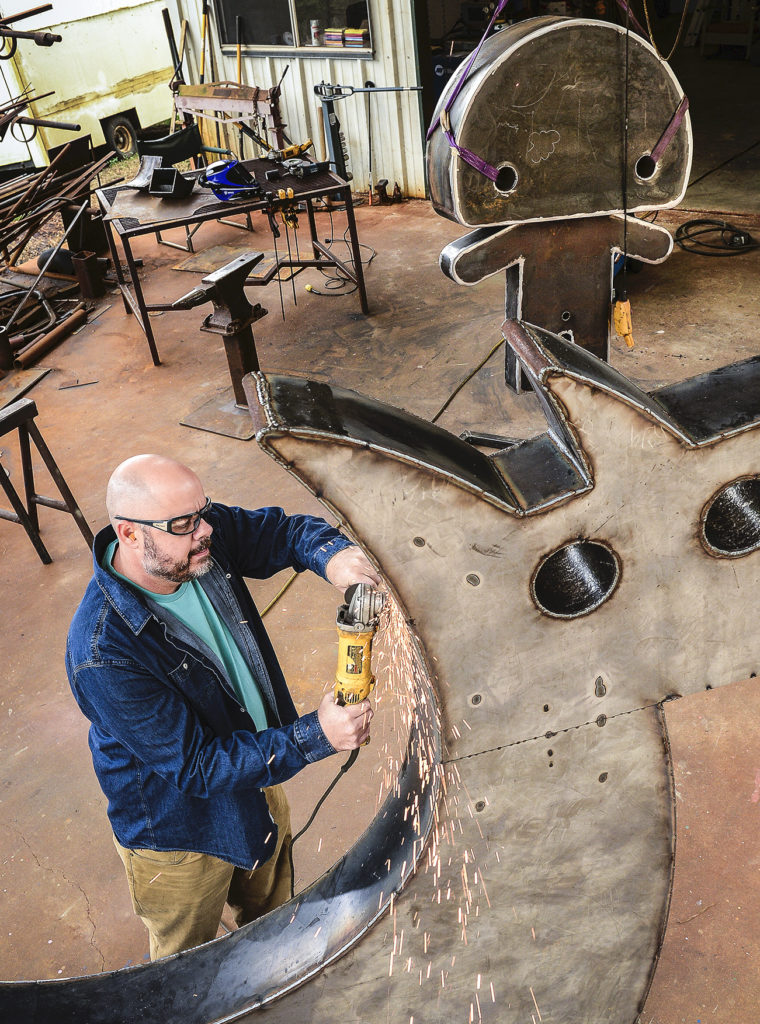 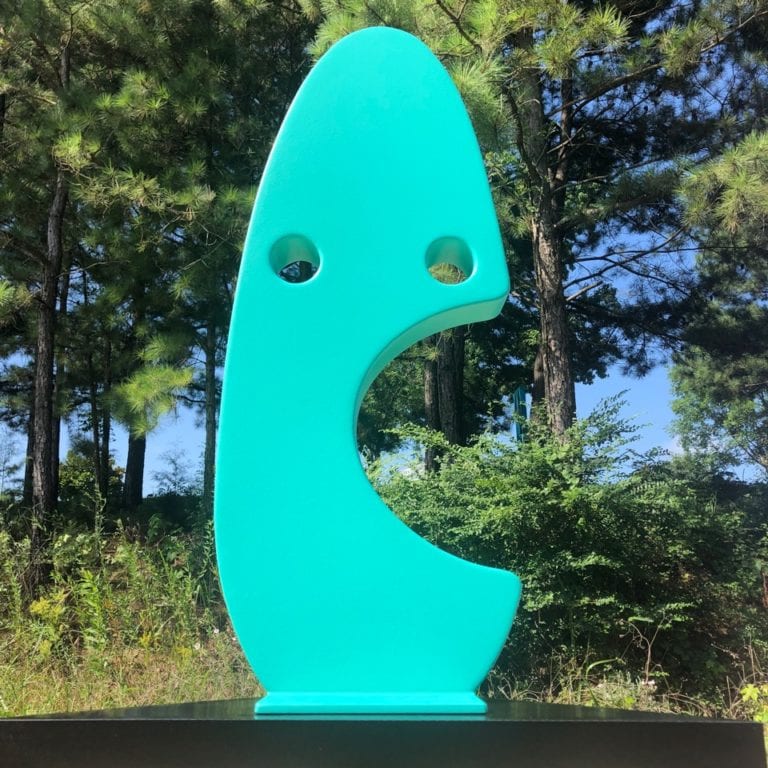 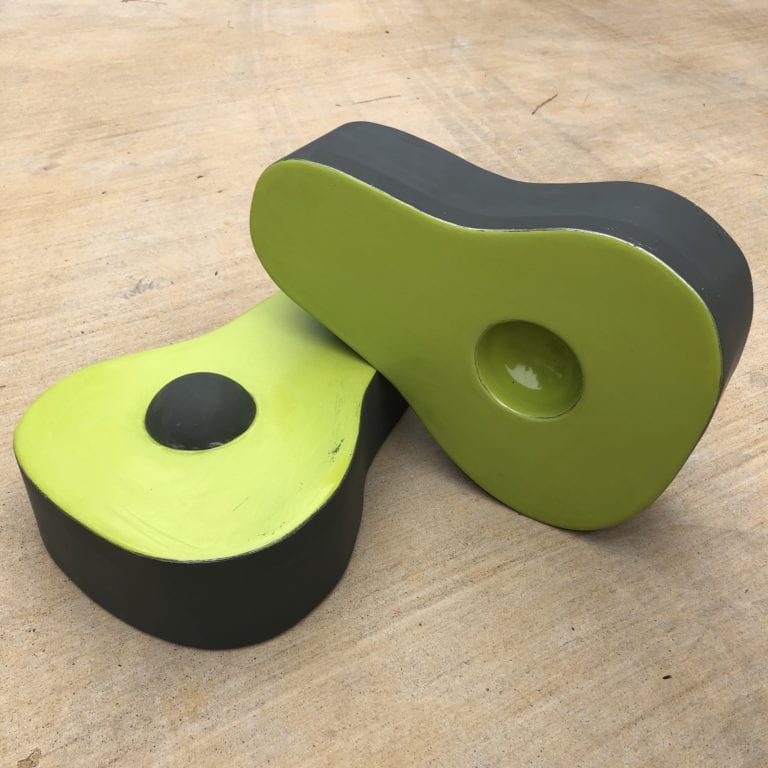 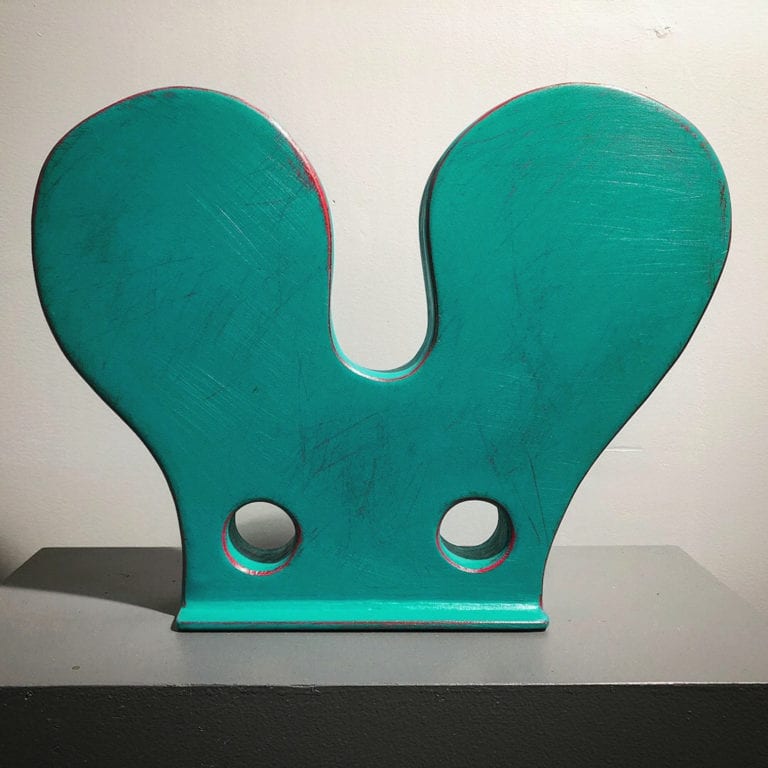